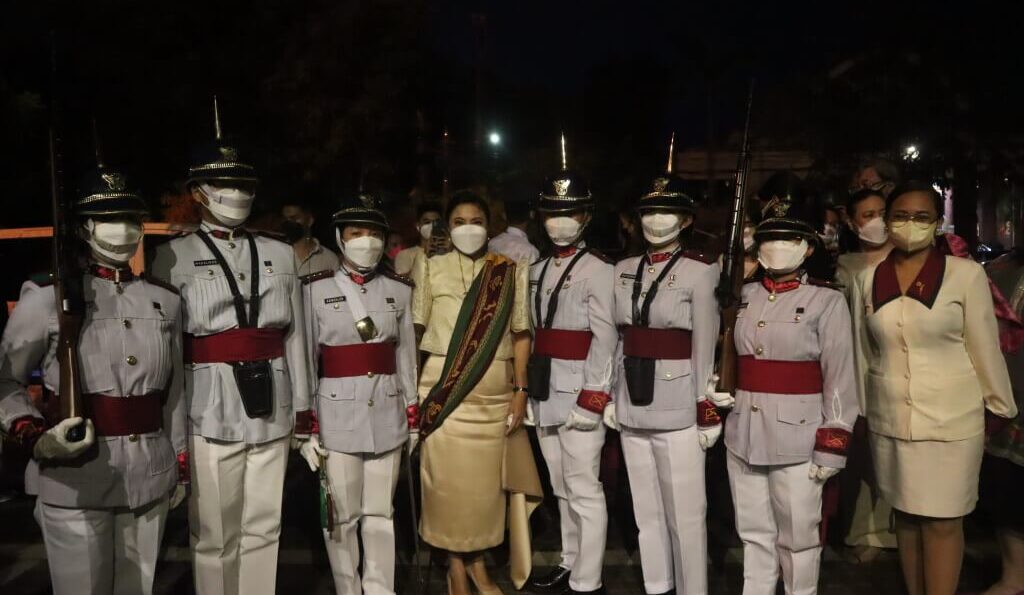 It’s that time of the year again! Graduates from both the University of the Philippines Diliman and Manila have now entered a new phase in their lives as their own personal sunflowers have finally reached their season of blooming. The graduation season is also a chance for the UP Diliman ROTC Rayadillo cadets to showcase their snappiness in giving military honors!

Being the snappiest and mightiest “Honor Guards” of the Corps of Cadets, the UP Rayadillo Unit was invited by various colleges of UP Diliman and UP Manila to render entrance and exit of colors on collegiate recognition rites as well as the General University Commencement Exercises of both constituent universities from 8 July to 27 August 2022.

The first of the series of color details began with the UP Philippine General Hospital (PGH) Post Graduate Internship Commencement Exercises on 08 July 2022 attended by two (2) cadet officers and four (4) basic cadets. This was followed by entrance and exit of colors at the College of Arts and Sciences recognition rites, where the detail team had an opportunity to meet and take a photo with the Guest of Honor and Speaker (GOHAS), Atty. Chel Diokno.

The following day, the UP Rayadillo also participated in three color details. First, during the National College of Public Administration and Governance Recognition Rites, the cadet officers who participated in this event provided escort and color detail for the Vanguards and Sponsor Alumna. The acting Corps Commander, CCpt Fergie John O Frange 2Cl escorted the former Corps Commander of C.Y. 2020-2021, Vgd John Timothy G Kho, as he walked into an arch of swords rendered by other cadet officers. UP Rayadillo also provided color details to UP School of Economics and to the College of Science during that day.

On 30 July 2022, there were seven color details that the Corps accepted despite the unpleasant weather. This included recognition rites for the second day of the College of Science, College of Arts and Letters (where the Corps of Sponsors also provided ushering detail), College of Home Economics, School of Labor and Industrial Relations, the UPD Asian Center, and the College of Social Sciences and Philosophy (where the detail members gave a snappy salute to the Sponsors and Sponsor alumnae who were recognized).

UP Diliman General Commencement Exercises was held on last day of July. During that ceremony, the UP Rayadillo rendered entrance and exit of colors, the UP ROTC Band provided marshal music, and the UP Corps of Sponsors rendered ushering services. This is the biggest event amongst all other ceremonies with 3,475 graduates filling up the venue. This year, UP Diliman held its first on site graduation ceremony since the COVID-19 pandemic started.

August was no different and this did not stop the cadet officers and basic cadets from serving our beloved university. Rayadillo cadets were deployed to the graduation ceremonies of the College of Law and Institute of Civil Engineering (where the detail members had a chance to meet the GOHAS, former Vice President Leni Robredo), UPM College of Public Health, School of Library and Information Studies, the Technology Management Center, and UPM College of Medicine. A detail for the entrance and exit of colors was also provided to the UPM General Commencement Exercises held at the Philippine International Convention Center on 02 August 2022.

In all of these activities, the UP Rayadillo unit has remained true to its status as the “model unit” for the UP ROTC since its founding in 1962, demonstrating excellence in executing military drill and ceremonies, and serving as an outstanding example of military discipline.

To the graduates of the University of the Philippines, congratulations! Godspeed on the next chapter of your lives. Padayon! 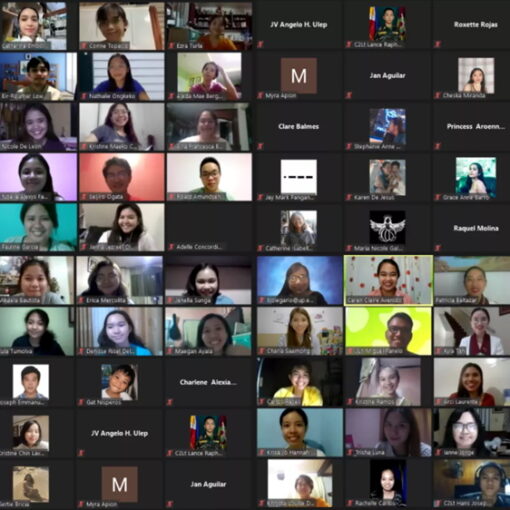 Last October 2, 2020, the UP Corps of Sponsors Diliman launched its first-ever installment of their online project, Learn With UP CoS. […]